The aims of the Society shall be to perpetuate a tradition of craftsmanship in the production of manuscript books and documents and to encourage the practice and influence of calligraphy and fine lettering.

The members of the Society shall be:-

Fellows
Lay Members
Honorary Members
Friends
Only Fellows and Lay Members may vote at Annual General Meetings and Extraordinary General Meetings. Neither Honorary Members nor Friends have voting rights.
Any Fellow or Lay Member may propose or second a candidate for any elected office or for election to Honorary Membership. If a proposal is made by a Lay Member then it must be seconded by a Fellow. All elections shall be by majority vote of those present.
All decisions relating to the professional and artistic standards of the Society shall be the responsibility of Fellows. This includes proposing, seconding and electing new Candidates for Fellowship, the selection and display of work for public exhibition, all educational and editorial activities of the Society and other matters pertinent to the experience and standing of Fellows in the Society.
3.1 Fellows shall be those practising the crafts of Writing and/or Illuminating and/or Lettering who have been elected as Fellows as provided below, together with those elected as Craft Members under previous rules of the Society.
(a) Candidates for Fellowship shall be proposed and seconded by Fellows and shall submit at least three original pieces of their own work.
(b) One must be an undecorated piece of writing. It is suggested that the other pieces should include:
– a work on vellum;
– a manuscript book or substantial part thereof;
– decoration, heraldry, line drawing or illumination;
– one or more examples of raised and burnished gilding;
but if the Candidate submits three or more recent works of particular merit, failure to show work exactly as listed need not exclude him or her from election.

3.2 Lay Members shall be any persons who wish by their interest and contributions to forward the aims of the Society.

3.4 Friends shall be any persons who wish by their interest and contributions to forward the aims of the Society. Friends receive Society mailings and may attend SSI events which are open to non-members. They may not submit work for exhibitions.

8.1  Only Fellows of the Society may use the title ‘Fellow’ and the letters FSSI for professional purposes. Other members of the Society may describe themselves as ‘Members of the SSI’ in printed matter or on their websites for professional purposes provided that they also give the Society’s contact details in a clear and visible way. On a website this should be a link to the Society’s website home page. In printed matter, the Society’s web address or postal address (or both) should be given.
8.2  Where the Executive Committee is of the opinion that a member has been guilty of conduct of such a nature as to be discreditable to the Society it shall have the right to call for the resignation of that member, but the member shall be given right of appeal to an Annual General Meeting or Extraordinary General Meeting of the Society.

There shall be a reference library of the Society for the use of members, and others as the Executive Committee shall from time to time determine.

Any dispute arising from the interpretation of a Rule of the Society shall be referred to an Annual General Meeting or Extraordinary General Meeting. The majority decision of those Fellows and Lay Members present in that instance shall be binding. 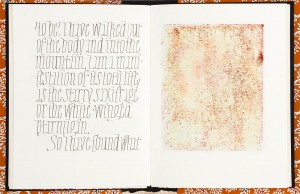 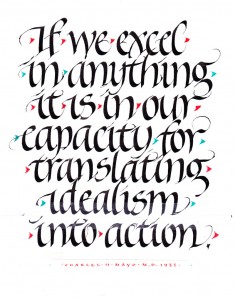