Joined the SSI in its very early days and it is thought he attended evening classes held by Graily Hewitt, for he was a member of the Manuscript Club. His calligraphy was represented in exhibitions held by the SSI in 1922, 1927 and 1936. In 1929 he began to take private lessons with Edward Johnston in Ditchling, and this friendship led to Johnston making several handsome manuscripts for him, to illustrate techniques of his craft. Mr Lamb was a graduate of Gonville and Caius College, Cambridge, and essentially a reticent and scholarly man. He became SSI Treasurer in 1932 and faithfully served in that capacity for over 30 years.His careful editing of The Calligrapher's Handbook gave the craft a valuable manual, and the Society a welcome source of income. He enjoyed the Society's summer meetings and was one of a party of 15 which gathered on the downs at Ditchling in June 1936, and were later entertained by E.J. in his home. In spite of increasing deafness and frail health, he attended the Dinner celebrating the 50th Anniversary of the SSI in 1971; in the following year he came to the E.J. Centenary Exhibition at the R.C.A., and the lectures on calligraphy at the V.&A. Museum. (From an obituary by J Heather Child, believed to have been published in 1973.)

Doreen held the post of Treasurer of the SSI twice, elected for a second term in 1993, and continuing to 1994. She was a member of Mensa, a liveryman of the Guild of Scriveners, and in July 2009 participated in the annual sheep drive across London Bridge in the presence of the Lord Mayor. She founded Hyperion Records in 1980 to enable her husband to exploit his knowledge of classical music, drawing on knowledge of record retailing gained in London and Sydney. After retiring, she became chair of the Governors of the Sir John Cass' school in Stepney, helping transform it from failure into a great success. In her seventies she was deeply involved with the charity Contact, helping isolated elderly people: she was also a BUPA prison lecturer on family planning and a Home Office lay visitor. Not long before her death she gave asylum to an Iranian refugee and a family of Chinese immigrants.

Maggie is a Lay Member and has served in a number of positions on the Executive Committee of the Society. 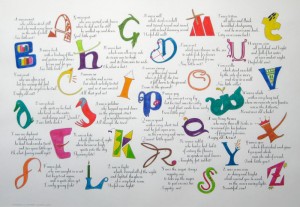