The display of new work to a broad public is a continuing commitment of the SSI.

Organisation of our very special 100th anniversary exhibition is moving forward. We hope to display at three different venues around the UK to give as many of our Members and the public the opportunity to visit. All Fellows and Lay Members are invited to start thinking about creating your work. Regular updates on the Centenary Exhibition 2021 page. 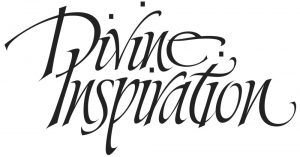 2011 Celebrate Calligraphy
The Prince’s Foundation, London, The University of Sunderland Design Gallery and The Piece Hall Art Gallery, Halifax.
This exhibition celebrated the 90th Anniversary of the SSI and the work exhibited ranged from contemporary traditional ‘craft’ work to contemporary calligraphy ‘art’ work.“In the works on display in Celebrate Calligraphy, it is clear that the traditional vehicle of words and illumination on paper and vellum, as a clear and beautiful means of communication, is still very much in use. Prominently though, there are works showing an innovative use of calligraphy and applied lettering that excites and stirs the imagination.” Susan Hufton FSSI.

2006 Pen & Print: The Legacy of Edward Johnston 1906-2006
St Bride Printing Library, London
The exhibition marked the centenary of the first publication of Edward Johnston’s influential Writing & Illuminating & Lettering in 1906 – it has been in continuous print ever since. Johnston’s teaching and philosophy was shown through contemporary work in many mediums including formal penmanship, carved and engraved lettering and modern typeface design. Calligraphy is thereby seen as the root of our various lettering systems.The exhibition was jointly curated by the SSI and the Edward Johnston Foundation.

1996 Celebration of Calligraphy
This exhibition celebrated the 75th Anniversary of the SSI.

1991 Fine Words, Fine Books
This adventurous exhibition was the result of a collaboration between the calligraphers of the SSI and the Designer Bookbinders Guild. It was held in the crypt of St Paul’s Cathedral, London and then moved to Holborne Museum and Crafts Study Centre, Bath.

1981 The Art of the Scribe
This was the 60th Anniversary exhibition of the SSI and showcased the progress of calligraphy over the previous ten years – after slow perusal of perfection via more traditional means such as Presentation Addresses, Rolls of Honour, Service Books, etc., expressive calligraphy was to be seen, growing from the roots of sound understand of writing styles and letterforms.

Previous Exhibitions
The Society held its first Exhibition in 1922 at the Brook Street Gallery, London. This began a series of exhibitions in London, the UK and overseas. Three exceptional exhibitions were held at the Crafts Centre of Great Britain in 1951, 1956 and 1961. Past exhibitions have included Small is Beautiful, Love Letters, Age of Innocence and Making Old Words News. 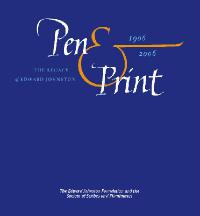