A highly popular and successful Lay Members’ Day 2018 was held on Saturday 19 May at Imperial College, London and included a fascinating talk by Stephen Raw.

Wow! Stephen Raw, this year’s speaker at Lay Members’ Day, took us through a lifetime of his work and stunned us with the variety, size and scale of his pieces and his distinctive style.

From “bread and butter” commissions, in particular the book jackets he has designed, through an exhibition of Wilfred Owen’s poems, to a stone set into the floor of Westminster Abbey commemorating the founders of the Royal Ballet, and even text cut into the wooden pipe shades of the organ at Manchester Cathedral, where he is Artist in Residence, his work is hugely impressive.

Stephen has been involved in several collaborations with Poet Laureate, Carol Ann Duffy, including a visual representation of her poem “Richard”, which was read by Benedict Cumberbatch at Richard III’s re-interment at Leicester Cathedral.

As a member of the advisory committee at the Royal Mint for ten years, Stephen advised on design and lettering on coins, including those created to celebrate the 2012 Olympic Games.

His most recent project was to bring people of all faiths together from his local community in Manchester to create a large banner using the words “Together Unafraid”, in commemoration of the first anniversary of the bombing at the Manchester Arena, which will be on display at the Cathedral this month.

Do visit his website for more images and information.

As to the LMD event in general, a very big thank you to all who attended and supported the event, especially the organising team of Alma Swan, Julie Chaney, Cathy Stables FSSI and Gwyneth Hibbett.

Many congratulations to Linda Lewis, Attilio Medda, Alma Swan and Scarlet Woo whose entries for the exhibition received the most votes from
visitors on the day. 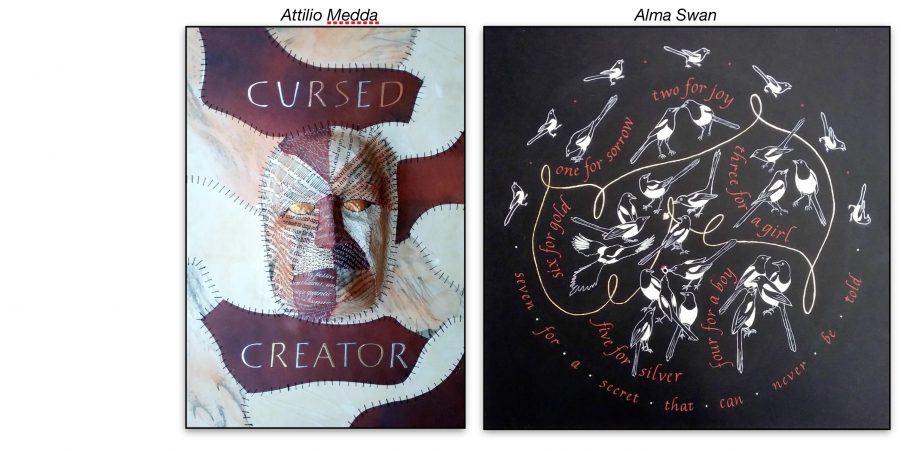